In a candid interview with the Radio Times, Noel Gallagher admitted that he felt ‘lonely’ in Oasis but he’s learned to ‘care less’ as he’s gotten older. With this years National Mental Health Week theme being ‘Loneliness’ we thought it may be interesting to add some context to this quote from Noel and highlight how anyone can experience a mental health crisis and loneliness, including Rock-and-and Roll stars.

Drugs have the potential to worsen or trigger episodes of mental illness or psychosis. Drug use can even lead to lifelong mental health issues that require regular care. If you are currently struggling with a drug addiction please see here, relevant web links and support lines are also at the bottom of this blog post.

In the summer of 96′, Oasis sold out two nights at Knebworth, playing to over a quarter of a million fans converging on Knebworth Park, Hertfordshire to see the two legendary sets. Tickets went on sale on May 11, 1996 and sold out in less than 24 hours, breaking every UK box office record in the process. Organizers estimated the band could have sold two or three times as many tickets, with over two percent of the population of the UK attempting to buy tickets.

Following the worldwide success of their Oasis Album Morning Glory, the follow up album Be Here Now, Originally released at midnight on Thursday August 21st 1997, sold 700,000 copies in just 3 days and remains, to this day, the fastest selling UK album. Even with them results, the album was ultimately regarded by the media as a bloated, over-indulgent version of Oasis, which Gallagher has since blamed on the drug-addicted state and indifference of the band at the time. Also at this time in 1997, Noel began to suffer drug-induced panic attacks. His lonely, paranoid state inspired the song “Gas Panic!”, subsequently included on the 2000 album Standing on the Shoulder of Giants.

‘Oasis was a lonelier place… The great thing about ageing is, you just care less.’

Gallagher claims to have quit drugs on 5 June 1998. During an appearance on Matt Morgan’s How Funny?, Noel Gallagher confided to the comedy podcast’s host that about the height of his drug usage and mental health scare:

“…I’d had panic attacks for about a year and I stopped because I wanted to. After you make the decision, it is quite easy.” Between 1993 and 1998, he claims, “I can hardly remember a thing.”

The singer-songwriter, said he feared he was going to have a heart attack “a couple of times” at the height of Oasis’ fame, during his “crazy years” between 1995 and 1998. Noel said there was a period when he was taking cocaine every night and that he went to hospital while in Detroit, Michigan, after becoming ill.

Speaking further about suffering mental health problems because of his drug use, Gallagher said:

“I did have to check into hospital once. I was in Detroit, as a matter of fact…You know, imagine having the psychosis and going to a hospital and having to go through a metal detector and someone asking you what’s wrong with you? And they don’t understand the words you’re saying because of your accent. They’re just like, ‘Okay, I’m gonna go get someone else. Hang on a minute’.”

When asked whether he missed drugs, Gallagher said: “No, I do not.’

Asked if he ever feared he would die, Gallagher replied: “I’ve had a few really brutal, aggressive panic attacks, which is why I quit.”

He continued: “If you’ve been up three nights doing loads of gear (drugs), you’re not talking yourself down off any ledge there mate, you think you’re going to die. Right, And rock stars die of that.

“So it’s like, this is it. This is… I’m on the way out… A couple of times I thought, am I gonna have a heart attack, do you know what I mean. Luckily, I didn’t.”

Gallagher then joked that he wouldn’t have made a “good dead rock star”, saying: “I’m not handsome enough.”

Oasis split in 2009 after rows between the star and his younger brother Liam. Noel went on to form ‘Noel Gallagher’s High Flying Birds’ and has since released three platinum albums and one compilation album earlier last year.

As to how he feels about drug taking now, he’s more or less apathetic.

“It’s always like fun and games and once someone gets the coke out,” explained Gallagher, “then all of a sudden it’s, ‘Well, it’s time for me to go anyway, because this is now boring.”

Giving up smoking was a bit easier, as the High Flying Birds star said he kicked the habit by accident.

‘I woke up one morning and said: “That’s it”. I gave up smoking by accident. I just didn’t have another cigarette. It wasn’t, “Today I am going to attempt to give up smoking”

‘I’d had enough of drugs. I think at the time I was thinking that I’m going to give up drugs for six months and see what happens…I wasn’t planning on such a major lifestyle change. But after about two weeks I was like I much prefer this! Much prefer it.’

What helps to manage panic attacks?

Panic attacks can be frightening, but there are things you can do to help yourself cope. It could help to print off these tips, or write them down, and keep them somewhere easy to find.

During a panic attack:

After a panic attack:

10 tips to cope with anxiety

Is psychosis a diagnosis or a symptom? 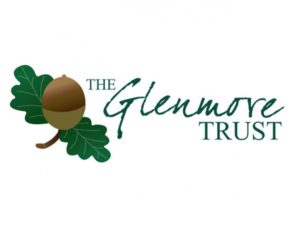